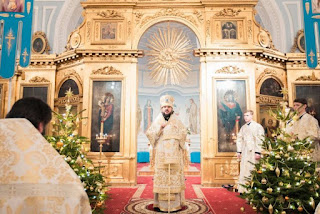 
666 ABC Canberra
By Penny Travers
Posted about 7 hours ago
It may be the new year, but for some, Christmas celebrations are only just beginning.


In some Eastern European and Middle Eastern countries Christmas is officially celebrated on January 7.
That is because many Orthodox Christian churches follow the Julian calendar for religious celebrations.
The Julian calendar runs 13 days behind the Gregorian calendar, the standard international calendar in use today.
"When we open the church calendar on January 7, we're actually looking at the date December 25," Father Alexander Morozow of the Russian Orthodox Church in Canberra said.
"So we still have that same date, we're just using a calendar that hasn't caught up. 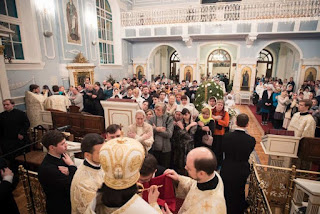 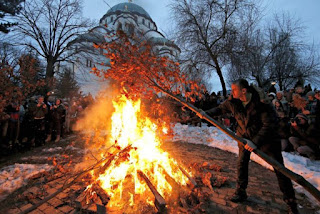 Many Orthodox and western Christmas traditions are the same, like Christmas trees, gift giving and carols.
But one point of difference is the period leading up to Christmas.
"We're used to here [in Australia] having the lead up to Christmas as a time of celebration, with Christmas parties and things like that," Father Morozow said.
"Whereas in the east, in the Orthodox church, that's a time of preparation and the celebration really starts from Christmas and goes onwards." 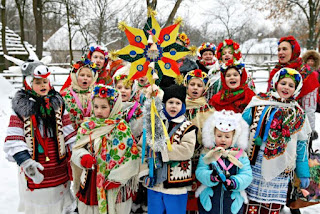 For most Orthodox Christians, Christmas is the beginning of celebrations after 40 days of Lent.
"Those who observe Lent don't eat meat or dairy foods for that period," Father Morozow said.
"So on Christmas Day they tuck into all the things that haven't been on the menu for the previous six weeks."
While each Orthodox Christian country has its own unique traditions, they all include church services and great feasts.
Many have their own version of Santa Claus too, like in Russia where Ded Moroz (Grandfather Frost) and his granddaughter Snegurochka (Snow Maiden) deliver presents to the children. 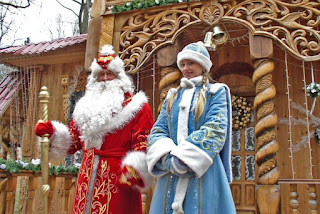 Father Morozow expects that one day all the Orthodox churches will update their calendars, but for now he said celebrating Christmas on January 7 had its benefits.
"Having Christmas on January 7 makes it easier to have a church feast day.
"The increasingly commercial elements and last-minute buying presents over this period are sort of swept over us and we can concentrate on the spiritual dimension of Christmas."
Topics: christianity, religion-and-beliefs, human-interest, community-and-multicultural-festivals, canberra-2600, act, australia, serbia, russian-federation, ukraine, ethiopia, egypt
የተቀመጠው ሔኖክ ያሬድ ላይ 8:27 PM