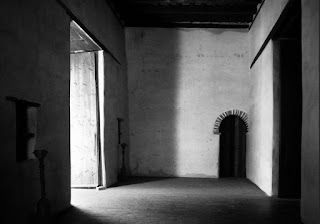 Someone outside the palace had a radio, tuned to the BBC Africa service. Across the airwaves, on the other side of the continent, I could overhear another young soldier, serving with the West African peacekeeping force in Liberia, being interviewed by a BBC World Service reporter. The two of them were walking late at night on Buchanan Highway near Monrovia, the site of many horrors in the Liberian civil war, worse horrors, indeed, than in half a dozen sixteenth-century revenge dramas.
What the soldier said in the interview could have been a line from a play; it could have been from Hamlet, a riposte to Horatio’s doubts about the ghost. The play of plays has echoes everywhere, for everyone, in every age.
“While on sentry duty between 2 and 5 AM,” this soldier told the reporter,

…you hear witches talking and walking by. You can check them out all you want, but you can never touch them. Yes, they are spirits, but believe me, they exist. And they are destructive… ★
የተቀመጠው ሔኖክ ያሬድ ላይ 3:49 AM