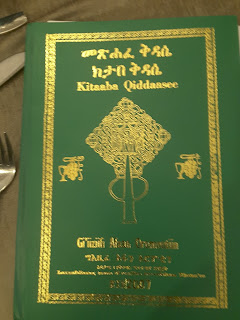 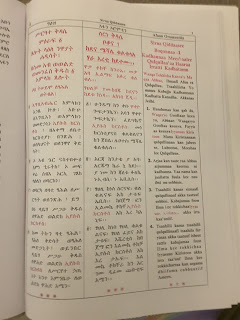 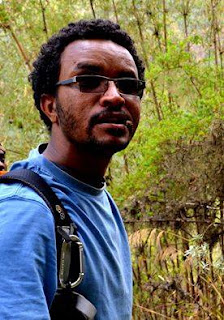 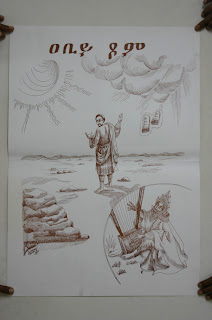 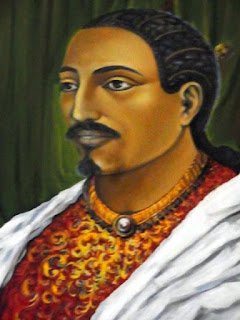 8 facts you may not know about Yohannes IV

Posted on Wednesday, March 11, 2015 @ 1:51 am by Fetsum Berhane
This list is an extract of a study by the renowned Ethiopian scholar Richard Pankhurst titled “Innovation and Misoneism during the Reign of Emperor Yohannes IV (1872.1889)”, you are invited to read the study in it’s entirety.
1. Urban Development
Dabra Tabor – The Emperor, on assuming the throne, travelled to Dabra Tabor,Tewodros’s former capital in Bagemder, and established a new palace and other buildings at nearby Samara. He also ordered the construction nearby of the modern-style church of Hiruy Giyorgis, which was erected with the help of an Italian craftsman Giacomo Naretti.
Desse – Yohannes had one other notable urban achievement to his credit: the founding of the town of Desse, soon to emerge as the capital of Wallo. The settlement was established in 1882, and commemorated that year’s Great Comet.
2. Medicine
Physician – The second field of traditional innovation in which Yohannes played a prominent role was medicine. He accepted the presence at his court in 1885.86 of a Greek physician, Dr. Nicholas Parisis, lent by King George I of the Hellenes. Yohannes was thus the first Ethiopian ruler to have his personal physician. 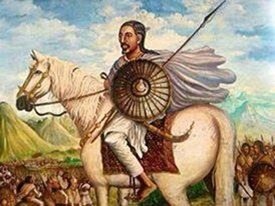 Vaccination – Parisis was, however, more than a mere court physician. He introduced European-style vaccination, based on a serum imported from France, to a moderately wide section of the population. This arrived during the great smallpox epidemic in 1886, and resulted in the vaccination of many prominent figures. They included Emperor Yohannes himself, the Abun, or head of the church, King Minilik of Shawa, King Takla Haymanot of Gojjam, and Ras Alula, as well as many generals, officials, soldiers, and numerous children. Yohannes was so convinced of the superiority of modern vaccination over traditional Ethiopian variation that he issued a decree forbidding his subjects from practicing the latter. The force of this decree is confirmed by Harrison Smith, who declares that the old practice was declared a heinous. offence; and that great efforts were made to replace it by European-style vaccination.
Orthotic & Prosthesis – Other medical developments took place in this period throughout much of northern Ethiopia. One of the most remarkable innovations was due to the arrival in Adwa of the aforementioned Hungarian armourer, Andre, who made artificial limbs for thieves and other persons amputated in accordance with the traditional Ethiopian legal code. He reportedly charged ten Maria Theresa dollars per limb, in addition to being given presents of grain, meat, honey, etc. The French traveler Alex Girard reported that when Yohannes first saw Andre’s artificial limbs he “could not believe his eyes”.
Clinics – The establishment of clinics in Adwa and Gondar, New medicines were also imported in the course of trade, or brought in by foreign travelers. This resulted in a significant expansion in the use of mercury sulphate preparations in the treatment of syphilis. This cure was by then replacing the older sarsaparilla treatment, and by the early 1880s was commonly used, Rohlfs says, in much of northern Ethiopia.
3. Slave Trade
>> Yohannes was significantly influenced by the nineteenth century European, and more specifically English, agitation against slavery and the slave trade, and was virtually the first Ethiopian ruler to take an official stand against them. Both institutions were then long established in the country. Hallowed by time, they were accepted, albeit with some qualifications, in the Ethiopia’s traditional legal code, the Fitha Nagast, or Law of the Kings.
>> The question of the slavery and the slave trade came to the fore early in Yohannes reign. The matter was apparently first brought to the Emperor’s attention in 1873 by the British traveller de Cosson, who shared his countrymen’s passionate hatred of slavery. Yohannes, according to the traveler, listened attentively to his interpreter’s translation of the arguments against the institution, after which he declared that he had thought gravely over these matters, and that it was true that slavery was distasteful to him as a Christian sovereign.

“I had his promise that he would take immediate measures to enforce the punishment of death against all traders, Mahomedan or Christian, who should in future attempt to buy, sell, or kidnap slaves in his country, or attempt to pass them through it. I begged his Majesty, while he is doing so much, to complete the work by declaring free the slaves then existing in Abyssinia, as those who were contented with their lot would be no worse, while those who pined for liberty would be able to enjoy it like their fellow creatures…..” De Cosson

>> The Emperor duly instructed Kirkham, his English aide, to write to Granville under the imperial seal. The letter declared that the Emperor, as a Christian sovereign, found slavery .distasteful., and promised .to put an end to all traffic in slaves in his kingdom, and to declare all slaves now existing in Abyssinian territory free men. He also announced his intention of issuing a proclamation that if any of his subjects shall buy or sell a slave, they will be punished by death without mercy. Yohannes shortly afterwards committed himself by international treaty to the abolition of both slavery and the slave trade. In the short-lived Tri-partite Treaty of 3 June 1884 he undertook .to prohibit and to prevent, to the best of his ability, the buying and selling of slaves., as well as .the import or export of slaves to or from his dominions.. He agreed also .to protect, to the utmost of his power, all liberated slaves, and to punish severely any attempts to molest them, or to reduce them again to slavery.
>> Wylde, who as British Vice-Consul for the Red Sea was relatively well informed, commented that the Emperor faithfully carried out this treaty, and that there was no known case of slaves passing through his dominions from the time when it was signed until his death, in 1889.
4. Opening of diplomatic relations – Though rulers of Ethiopia had despatched diplomatic-cum-commercial missions to Europe since early medieval times, Yohannes was the first Ethiopian monarch to appoint a permanent representative abroad. The latter was an Englishman based in London, a certain Henry Seymour King, who was accorded the title of Ethiopian Honorary Consul.
5. Repatriation of artifacts & Restitution of the Kibra Nagast – Yohannes was likewise the first Ethiopian monarch to request the repatriation of artifacts looted from the country. He was grieved in particular at the loss of two items seized by the British expedition to Maqdala in 1868. One was a manuscript of the Kibra Nagast, or Glory of Kings, the marginalia of which contained important data on land holdings in the Aksum area; the other was an icon of the Christ with the Crown of Thorns, which had for centuries been carried by the Ethiopian soldiers on campaign. Deeply concerned at the loss of these two irreplaceable items he despatched two letters to London: one to Queen Victoria; and the other to the British Foreign Secretary, Earl Granville.
As a result of this intervention the British Government returned the manuscript, which, it transpired, had been acquired by the British Museum (now British Library). The volume was subsequently transferred to Emperor Minilk’s custody, and is currently in the possession of St. Raguel’s church in the market area of Addis Ababa.
6. Introduction of a national flag – Yohannes meanwhile had the distinction of being the first Ethiopian ruler to introduce a national flag. Two designs were produced, both entirely different from the one later inaugurated by Minilik. The first, according to Winstanley, was a gorgeous production of silk, a tricolour, the coloured divisions running laterally. The highest portion was crimson, the centre white, and the lowest ametyth blue. The whole was surrounded by a rich gold fringe. On the white ground was a gilt and painted representation of the Lion of Judah, with a defiant tail, and a crucifix in his right paw..90 The second version, described by the French traveler Gabriel Simon, consisted of two bands of red silk divided by a blue band on which was embroidered the Ethiopian lion merchant. The shaft was surmounted by a double cross.
7. Founding of a church at Jerusalem – The one other achievement of Emperor Yohannes deserves mention: founding of the Church of Dabra Gannat at Jerusalem. This place of worship was initially funded with gold he had captured from the Egyptians at the battle of Gura in 1876. He subsequently made the church many further payments, to a total value of 328,500 Maria Theresa dollars, of which 141,500 dollars were for construction purposes.
8. Standard of living – In this connection the considered opinion of A.B. Wylde may be quoted. Having travelled across the country in the 1880s . and again in the 1890s, he emphatically observed:

“The country that King Johannes ruled over at his death had greatly improved during the time he was on the throne. The leading men were more enlightened than their predecessors, and took more interest in the welfare of their subjects. There were more rich merchants than formerly, and owing to the brigandage being nearly put down, internal trade in the county had greatly increased and more foreign goods were imported . The peasant and cultivator were also better off and less molested by the soldiery.”